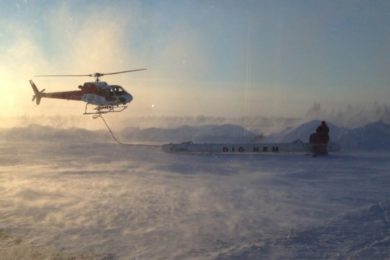 The Government of Canada, this week, announced it would invest C$5.1 million ($3.8 million) in two projects to support resource development in the Slave Geological Province (SGP) of the Northwest Territories (NWT).

Paul Lefebvre, Parliamentary Secretary to the Minister of Natural Resources, on behalf of Navdeep Bains, Minister of Innovation, Science and Economic Development and Minister responsible for CanNor, was joined by Wally Schumann, GNWT Minister of Infrastructure and Industry, Tourism and Investment, to make the announcement this week during the Prospectors and Developers Association of Canada annual convention, in Toronto.

Funding will go towards the planning of an all-season access corridor into the SGP as well as aerial geophysical surveys of the region, the government said. “The surveys will lead to the development of mapping products used by mineral exploration companies to target their activity,” it added.

Bains said: “Knowing where mineral deposits exist and being able to access them is the first step in attracting investment and growing the resource development sector. We know that similar projects in NWT in the past have led to significant economic development activity. These projects are building on that success.

“The Government of Canada is committed to the creation of more good jobs, more economic growth and long-term sustainable development in the North.”

CanNor is investing C$2.7 million in a two-year SGP access corridor project, with a further C$678,000 investment from the Government of the Northwest Territories Department of Infrastructure. Total funding for this project is almost C$3.4 million.

CanNor, meanwhile, is investing C$2.4 million in a two-year project to develop exploration in the region, with a further C$280,000 commitment from the Government of the Northwest Territories Department of Industry, Tourism and Investment, and C$749,000 from industry partners. Total funding for this project is C$3.43 million.

The SGP has significant untapped mineral potential including several defined large base metal deposits (eg IZOK – 15 Mt and Hackett River – 82 Mt) and hundreds of base metal and gold showings (372 along current proposed route alone), according to the Government of the Northwest Territories.