Aury Africa equipped for the digitalisation of mining 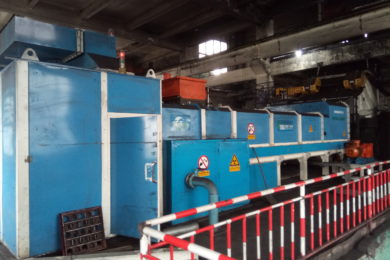 Aury Africa Managing Director, Sydney Parkhouse, says in the near future the company will be tracking all of its screening and vibrating equipment via RFID tags and will incorporate full data packs for real-time access.

Speaking to IM, Parkhouse said Aury had been increasing its use of radio-frequency identification (RFID) tags to measure important information such as temperature and vibration in its equipment. Initially this technology has been installed at three mines in South Africa to help track service data and share that information with mine operators, he said.

He told IM he saw many more applications beyond this.

“RFID tags have the capabilities of providing proof of presence when activated by for-purpose RFID readers. The associated software is configurable so that external monitoring devices can be inputted into the reader providing valuable information such as temperature, vibration, etc.

“However, the real benefits are through the digitisation of work processes,” he said. By capturing such data, personnel can verify all work processes are being completed in a logical manner, according to Parkhouse.

The RFID technology, using InfoChip software, was developed for Aury Africa by its Johannesburg-based technology partner, Thembekile Asset Management Solutions (AMS). The system not only allows the company to track when services are provided, but also enables some self-learning for its crew, while ensuring regulatory compliance for the mine, Parkhouse said.

AMS has offered active and passive RFID-based solutions to the mining industry, as well as the health care and logistics sectors, since 2012, according to Parkhouse.

In addition to the development of the use of RFID tags in equipment – which Parkhouse considers to be part of Aury’s broader goals of adapting to all facets of the Fourth Industrial Revolution, including the digitalisation of mining – Aury’s sister company, Tianjin Meiteng Technology, is piloting ‘Smart Plant’ technology.

This can range from pump pressure to conveyor belt speed, with all associated software and hardware proprietary and developed specifically by Aury’s parent company, Dadi Engineering Development Group.

Dadi recently retrofitted such a system at a 30 Mt/y coal handling plant in China, but Parkhouse said the market in Africa for such ‘Smart Plants’ was still in its infancy.

“Although several major mining houses have set goals for smart plants, the acceptance of the technology is slow and we believe it will be several years before there will be any significant changes,” he said. 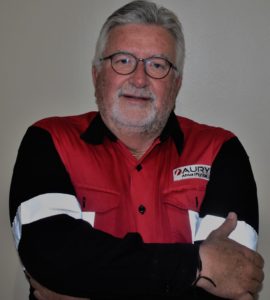 Aury has also been carrying out work in dry processing; an area that has come into focus in recent years on the back of heightened fears over water resources.

Dadi, its parent company, has devised an intelligent dry sorting system (pictured above) that does not consume water or media, and has been gaining favour in China – Aury estimates some 60 dry systems are already in operation in the country.

Parkhouse expected Aury to have sold and installed its first dry sorting system in Africa by the end of the year, explaining ongoing trials of South Africa coals were taking place at Meiting’s facilities in Tianjin, China.

“In the meantime, plans are in place to bring into South Africa a pilot plant during the third quarter (September quarter),” he said.

When asked how this technology differed from other ‘dry’ technologies being developed by original equipment manufacturers, Parkhouse responded: “The real brains behind the technology is the development of big data capture, cloud computing, high-speed processors and high-tech IT skills. We believe Meitieng is at the front of this development.”

He said there were also applications beyond coal: “Trials are on-going in manganese and gold, which have produced very positive results to date.”