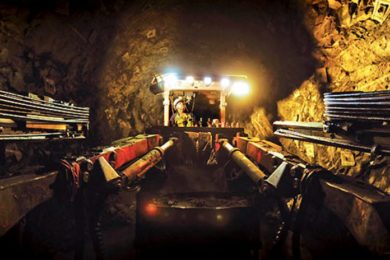 Newmont’s Boddington and Tanami gold mines, in Australia, are piloting and deploying technological innovations as they look to optimise resource value and deliver improved operational performance, the company says.

To do this, the company is using regional technology teams that, according to Newmont’s Vice President of Operational Technology and Innovation, Mike Wundenberg, are “instrumental to digital transformation at Newmont”.

The team of technicians and engineers in Australia are, among other initiatives, working on a full rollout at Boddington, one of Australia’s largest gold mines, of the first commercial application of Maptek’s Vulcan optimiser, which Newmont referred to as “an automated, revenue-based ore control software that reduces variability while optimising ore recovery and cutting down on waste”.

The IT team at Boddington provided new infrastructure and support needed to deploy the technology, Newmont said. They also worked to replace Boddington’s old Wi-Fi system in the last two years – a move that now allows for seamless, continuous interoperability and will support the execution of numerous digital initiatives going forward.

Meanwhile, at the Tanami underground gold mine, which produced 500,000 oz of gold last year, a pilot study of the Caterpillar MineStar suite of technologies for underground is underway at Tanami. “This exciting pilot of the latest Caterpillar and Minetec technologies will lay the foundation for a range of Newmont’s safety, productivity and cost initiatives,” Newmont said.

Grant Cunningham, Regional IT Operational Engagement Architect, is the primary liaison between the vendors and Newmont site teams. He explained that an important aspect of the pilot is “getting a broad cross-section of personnel exposed to the technologies so they can gain working knowledge of its benefits and contribute to the final assessment”.