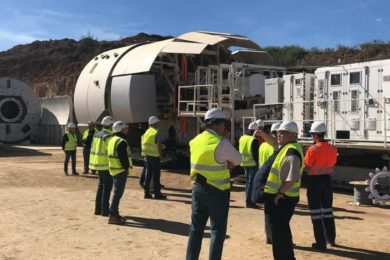 Northam Platinum is reported to have signed a deal with Master Drilling to trial the Mobile Tunnel Borer (MTB) technology the JSE-listed equipment company has been working on.

According to Mining Weekly Online, the MTB will be tested at the mining company’s Eland mine, in South Africa, as part of a “R93-million ($6.6 million) shared risk-and-reward contract” with Master Drilling.

Just last month, Master Drilling hinted such an announcement would soon be forthcoming, remarking in its 2018 financial results that the one MTB unit it had constructed was being shipped to South Africa to take part in a pilot project. It has since confirmed that the MTB will head to Eland.

Mining Weekly Online said much of the tunnel boring equipment arrived in Durban last week and is expected to become operational at the mine, near Brits, in June.

The MTB to be used by Northam was previously cutting soft rock in a quarry just outside of Rome, Italy. IM visited the quarry last year.

The unit IM saw was made up of four track-mounted units containing various parts – the cutter head and bolting section is up front, followed by the transformer and 300 m capacity water and electrical reels on the third unit, and a 14 m³ capacity storage bunker and discharge system on the fourth unit.

The full-face cutter head had 17” disc cutters, which are conventional from a tunnel boring perspective but are made up of five separate segments. This cutter head, like the majority of the 240-300 t MTB, was designed to be broken down for transport.

The equipment, which unlike other TBMs is designed to go around corners, was developed by Italy-based Seli Technologies, which Master Drilling, through a joint venture with Ghella SpA, recently acquired.

Master Drilling is aiming for an advance rate of 6-9 m/d in 200-250 MPa rock, but is not discounting the possibility of a higher rate should the additional mucking transport systems behind the 23 m (4.5 m diameter MTB) or 31 m (5.5 diameter MTB) machines be able to keep up.

At Eland, the equipment has reportedly been contracted for six months to see if it can operate effectively. The targeted advance of more than 100 m/mth in mine, which is only 200 m below surface, is roughly three times the conventional capability, Mining Weekly Online said.

There is also potential for a similar machine being deployed at the company’s Booysendal operation, according to the publication. 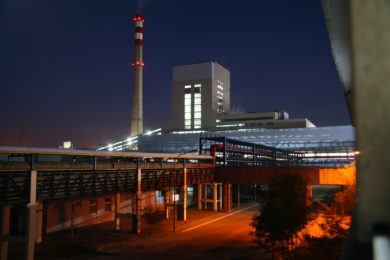 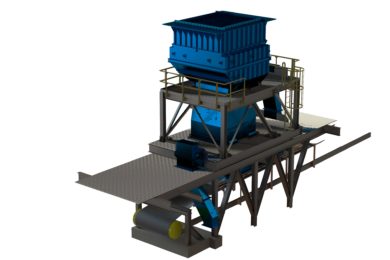 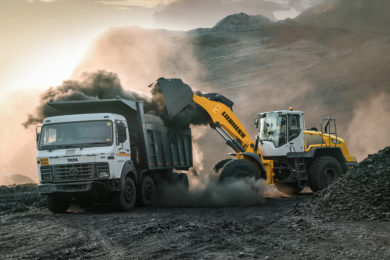