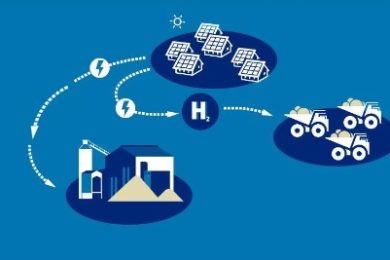 By oversizing the photovoltaic generation capacity at a site, the company would be able to capture enough hydrogen to potentially power a haul truck.

O’Neill said this was all part of the company’s plan to create a “smart energy mix that allows us to become carbon neutral”.

“That leads us straight to hydrogen,” he said.

The approach the company is working on required a different mindset from O’Neill and his team.

“What some in my team have done is say, ‘OK, we’re not worried about a return. As long as the project washes its face, what does that do?’ And, what does it do, particularly, if you oversize your power consumption enough that you can actually generate hydrogen?”

The decision-making process changes with such a viewpoint, he said.

“All of a sudden, we had enough hydrogen, so we could stick it in our trucks. We looked at the trucks and re-engineered the way they work. Voila, we found we could get 5-10% more out of our trucks,” he said.

And, this line of thinking and re-engineering has allowed O’Neill to make a bold statement:

“Our aim, is to get, hopefully, in the next 12 months, a truck running around using hydrogen.”

Solutions like these could provide energy security, price resilience, reduce greenhouse gas emissions, move Anglo to a “hydrogen economy”, and help it develop the next generation mining vehicles, the company said. 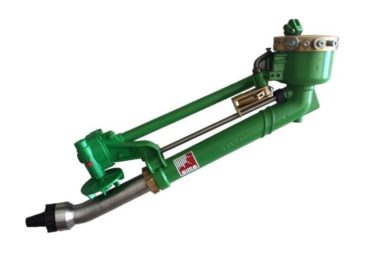