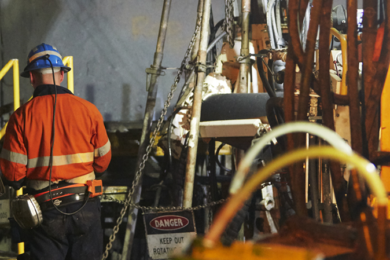 Swick Mining Services, a leading provider of high-quality underground and surface mineral drilling and mineral analysis services, has provided an update on its recent contract tender outcomes and new contract awards that have delivered a significant increase to its order book. As a result of the tender outcomes, Swick is pleased to advise that it has secured A$210 million in new work, bringing the total order book to A$295 million.

Given this, and as previously advised, Swick is transitioning some of its underground rigs during Q4 of FY19, which involves the company either reducing rigs or withdrawing from underperforming projects. The new work includes a contractin the United States for Northern Star Resources that will take the company’s international drilling rigs in work to 19 from the current 11, representingaround 35% of Swick’s deployed underground diamond drilling rigs.

Swick Managing Director, Kent Swick, said the new work provided Swick with a strong platform for FY2020.“What is important about these redeployments is that they are in line with our strategy of ensuring we are mobilising rigs that are delivering our target margins, whether that be at existing projects or new sites,” Swick said.“We are delighted that this new work will significantly grow our order book, providing Swick with a strong platform to deliver earnings growth in the 2020 financial year.In particular we are pleased to see the growing success from our international strategy, especially in the USA where the award of this contract will see Swick take a leading position in market share.“Our focus is to ensure we deliver on this work safely, reliably, and efficiently for our clients. Meanwhile, despite being unsuccessful for some work we were tendering for, the new deployments ensure our deployed rig count is roughly maintained whilst ensuring the company is well positioned to quickly deploy rigs at new projects if they are secured, with a number of active tenders already in place and additional opportunities at brownfield operating mines to be targeted.”

Swick has been awarded a new underground diamond drilling contract at the Pogo gold mine in the state of Alaska, United States by Northern Star Resources (NST). Swick will mobilise a total of eight mobile drill rigs to the mine and expects to commence drilling operations in mid-May 2019. Mobilisation will take place over three-months, with Swick expecting to be at full capacity at Pogo by mid-August 2019. “Swick is proud to be able to be associated with the latest NST acquisition and to continue its strong relationship, with Swick engaged at the Jundee gold mine in Western Australia since it was purchased by NST from Newmont in July 2014. Since that time, Swick has drilled in excess of one million metres of underground core at this site.” Pogo is a three-year contract commencing 1 April 2019.

Swick commenced a trial of its underground diamond drill rig and associated drilling technologies at BHP’s Olympic Dam mine in South Australia in September 2017, adding a second rig in July 2018. Swick has recently been requested to provide a further three rigs to the mine, which will take the total Swick rigs at site to five, with the additional rigs to commence work in April 2019. BHP has extended the current agreement to April 2020. Swick says it is pleased to have a greater presence at this world class mine and will continue to build on the safe, productive service it has delivered to date.

Swick has operated at Kirkland Lake Gold’s (KL) Fosterville and Cosmo gold mines since February 2017. Across both sites Swick has operated a total of eleven underground rigs, with seven at Fosterville and four at Cosmo, and pursued contract extensions at both sites. At KL’s Cosmo gold mine in the Northern Territory, Swick was awarded a three-year extension, commencing 1 March 2019, to continue with four underground drill rigs as well as an expanded scope that includes underground drilling at nearby Union Reefs. Drilling at Union Reefs could commence during calendar year 2019 (subject to KL board approval). If approved, Union Reefs is expected to require three additional rigs. At KL’s Fosterville gold mine in Victoria, Swick was recently unsuccessful in securing an extension of the drilling contract. Swick has now commenced a staged de-mobilisation process, which is expected to be complete by the end of May 2019.

Swick has been an incumbent driller for Newmont Australia at its Tanami gold mine for over 11 years since January 2008, and at the Mt Charlotte gold mine for the KCGM joint venture since March 2016. Since 1 October2018, Swick has operated at these sites under a short-term rates agreement whilst Newmont Australia went to tender. Swick has recently been advised of the tender outcome and was retained in part at Tanami for the grade control scope but was not awarded any of the exploration scope. As aresult, four out of the seven rigs at site will be demobilised during April 2019, leaving three rigs at site under the new agreement. The remaining exploration scope and part of the grade control scope will be undertaken by two other contractors. The Newmont Australia grade control contract commenced on 1 April 2019 and has been awarded for five years and has been executed by both parties. Swick was unsuccessful with the KCGM contract and has de-mobilised its two rigs from that site commencing as of 1 April 2019.