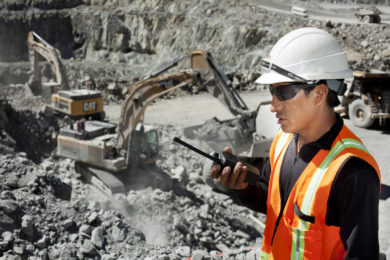 Wenco International Mining Systems has announced that its Wencolite fleet management system (FMS) is now available to mines, quarries, and mining contractors throughout South America and around the world. Significant interest in low-overhead FMS solutions has prompted Wenco to make its Wencolite FMS available in Peru, Chile, Brazil, and other nations regionally and globally. Puna Operations’ Chinchillas project in Argentina has signed on for the first deployment of Wencolite in the region, which is currently underway. Puna Operations is a joint venture between SSR Mining and Golden Arrow Resources, formed to facilitate the development of Chinchillas and Pirquitas ore deposits.

Estimated to contain over 100 million equivalent ounces of silver, the Chinchillas project resides in the Argentinian portion of the mineral-rich Bolivian tin belt. The mine currently processes 8,000 t of ore per day via its open pit operation 42 km from the town of Mina Pirquitas in Jujuy Province, Argentina.

“We’re excited to offer the Wencolite platform here in South America as part of the global expansion of the platform,” says Wenco Regional Manager, Latin America José Eugenio Saravia. “The advantages of a system like Wencolite makes it an ideal solution for much of the mining market in South America, whether it’s a large-scale silver operation like Chinchillas or many of the smaller quarries we see in Brazil. We’re signing up partners throughout South America and other regions now as demand for this style of solution is growing in virtually all mining markets.”

“The low overhead associated with Wencolite FMS gives this solution flexibility to improve performance over a wide range of operating conditions like those seen throughout South America. This solution forms a key part of Wenco’s strategy as it expands throughout the continent, a priority territory for 2019. All sales and support for Wencolite in the region occur through Wenco’s office in Santiago, Chile, which has served the company’s South American customers since 1997.”