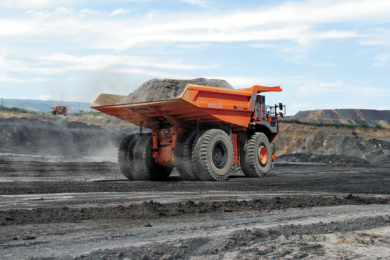 Tying in with its announcement on advancing Hitachi’s open and interoperable partner ecosystem for autonomous mining, Paul Moore spoke with Wenco International Mining Systems’ CEO Andrew Pyne and Eric Winsborrow, EVP Corporate Strategy to get an insight into this groundbreaking step forward in giving miners more fundamental choice as part of their autonomy pathway. Ahead of the series of announcements planned during the CIM show in Montreal, here are their detailed responses:

Q Are you the first to offer such an open platform?

Earlier generations of mining technology were often characterised by binary file structures and as such much of the data being produced and analysed was really just available at a tactical level within mining organisations. More recently mining companies have been demanding a more open approach to data, so this potentially valuable data is available to support better decision making in the dynamic and uncertain mining operations environment. It’s our realisation of this requirement that is the driving how we are approaching our technology decisions. We also appreciate that much of the data is contained within this earlier generation of technology, so we are also very focused on enabling the extraction and interrogation of that data to support decision making. For example, the first generation of autonomous solutions were architected at a time when there wasn’t so much focus on the operational technologies from the senior decision makers in mining companies and as such the need for openness wasn’t prioritised. The environment has changed, hence our open approach is supporting this new environment. We can’t claim to be the first, as we know much of the newer generation of technology is being developed following this same data openness technology philosophy. Where we believe we have some uniqueness is in respect of our longevity and experience of offering fleet management, safety, asset health and material movement solutions integrated into a customer’s environment the way Hitachi and Wenco have been doing. Our customers are asking them to work with us to help give them that operational experience and provide integration into the customer’s existing infrastructure. We view these special-purpose platforms as part of our Ecosystem of partners to help deliver value to customers. They can’t do it on their own, as there is much to learn when integrating with mining customers and their existing non-autonomous operations. We can help their solution better integrate with the customer’s operations and become part of the bigger end-to-end solution.

Q Does this mean that any mine deploying this new technology will be able to use any existing autonomous equipment irrespective of vendor, and even if using slightly older retrofitted autonomous machines?

That is the intention, but we will be dealing with significant legacy technologies so we’ll need to work with customers and other technology providers to enable that outcome. We are offering a new technology horizon that moves beyond the closed approach that some OEM vendors who still require a full re-deployment of fleet management and other operations systems in order to make their autonomy technology work. The vendors who want to leverage the Solution Linkage platform and approach will need to also embrace open standards, such as the ISO standard that is currently being developed to support open autonomy. (ISO Technical Committee TC82, subcommittee 8). Some customers are already working with Hitachi and Wenco to integrate new autonomous haulage vendors into their existing infrastructure. By supporting the burgeoning ISO standards, this integration will become even easier.

Q Would use of Solution Linkage require that the customer switch to a Wenco FMS system?

No, and in fact philosophically that runs completely contrary to our approach. Decisions that are driven by any variables that are not primarily designed to support the miner is the old closed approach to technology utilisation. For example, the first generation of autonomy systems that are a very good example of this closed OEM approach for autonomy is precisely what we are trying to help the customer move beyond. The customer has invested millions of dollars and years integrating their current FMS into their technology framework to support their business operations and procedures. They should be able to use what they already have, and not be forced to adopt new FMS systems that are only built for the autonomous system of a single OEM. Of course, the Solution Linkage platform leverages the open architecture of technologies such as Wenco’s FMS, but the focus is providing the capabilities to allow an autonomy vendor without those capabilities to integrate into a customer’s existing FMS and mining operations.

Q Once others also offer an “OEM agnostic” interoperable solution for surface mining, there will effectively be competition on who supplies the interoperable management system for each mine. What will make the Hitachi option stand out?

We absolutely hope that other OEM vendors embrace this approach. It will be the customers who win as a result of it. The problem is that other vendors have had a decade to embrace open autonomy and for pragmatic reasons that benefit their strategy, they have chosen not to develop their solutions in this manner. We believe that Hitachi’s approach is the most effective because of the OEM providers with decades of experiences in mining operations, only Hitachi is creating solutions using this Open Innovation and Interoperability focus. The newcomer vendors who are entering the market do not have the experience of the major mining OEM vendors, or the experience providing sophisticated Digital Mining and Fleet Management Systems. Hitachi is one of the few companies that have both the experience and the open approach that customers require. Having said that, many companies that could see themselves as competitors should really see themselves as partners, since no one vendor has the entire solution that customers require, and customers want to have choice. No system will be entirely from a single vendor. The mine of the future will have one attribute that always has been present, a heterogeneous multi-vendor ecosystem that the customer will integrate end-to-end. The question will be: As vendors, how easy will we make it for them?

Q Is there not a risk that this open approach might reduce potential for sales of Hitachi’s own autonomous options such as its Hitachi AHS system for haul trucks?

We’ve identified that from the beginning and openly embrace it. The customer has to have the choice. Autonomy is a disruptive technology, and all disruptive technologies introduce new entrants that can put the old vendors at risk. Frankly, that may be a primary reason why other OEM vendors are so closed. It isn’t just because it’s practical for them to develop their solution, it reduces the risk of being replaced. But that does not benefit the customer. It benefits the vendor, at least in the short run. Hitachi and the other vendors have to be willing to help the customer succeed, even if it means their own sales are at risk. Frankly, however, the long-term losers in disruptive technologies tend to be closed platforms. A good example of this is what’s happened to Apple’s iPhone market share vs Google’s Android. Whereas Apple’s share has halved over the past seven years, Android’s has doubled and now has eight times the market share of IoS devices. This does not even include the original cellphone/smart phone vendors such as RIM’s Blackberry, Nokia and Motorola, who were the original leaders in the field. The long term winners tend to be the innovative open platforms. Today, Hitachi isn’t the leading player in the truck market and sales of trucks are less than 5% of HCM’s revenue, so the open philosophy in that sense is more valuable to HCM than the sale of trucks. That’s not to say selling trucks isn’t important because it is, but HCM is a company that thinks about its business long term, and at its core, understands the sustained success of our business is based on creating value for our customers. It’s at the core of how we make decisions, and how we consider business options.

Q Has this new Solution Linkage been deployed at any sites as yet such as at your AHS flagship Maules Creek or has it been trialled at the Meandu AHS development project?

Solution Linkage is available for construction customers and is being introduced into mining. The initial platform components are already being used by customers who are planning to integrate different AHS vendors who are not from the big three. We can’t announce any customers or vendors at this time but hope to do so in the future. This is exactly the intention of the Open Autonomy approach that Solution Linkage will provide. We will be creating a cloud based platform in the future, but in the meantime, customers can work with Hitachi and Wenco to help them integrate chosen autonomy vendors.