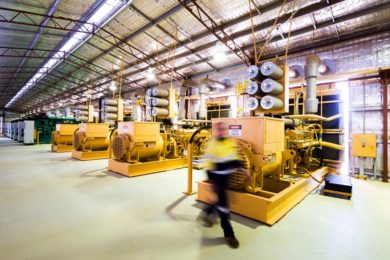 Power generation specialist Pacific Energy’s subsidiary, Kalgoorlie Power Systems (KPS), has secured up to a 6 MW expansion under its existing contract with AngloGold Ashanti Australia for its majority-owned Tropicana gold mine, in Western Australia.

An initial 4 MW is to be commissioned by December 2019 with a further 2 MW to be installed at AngloGold’s option, which would take the gas fuelled power station at Tropicana to 50 MW capacity.

The increased power is required for the Boston Shaker underground project at the Tropicana gold mine in Western Australia, an expansion project that will enable Tropicana gold production to be maintained at between 450,000-500,000 oz/y over the five years to and including the 2023 financial year, AngloGold and Independence Group (30% owner of the mines) said.

“The above organic contract expansions, together with the previously announced 6 MW expansion currently being undertaken for St Barbara and the soon to be commissioned new 5 MW Juardi power station, will see Pacific Energy bring an additional 17 MW of new power generation capacity on line by the end of this calendar year,” Pacific Energy said.

The company’s Contract Power subsidiary, as well as KPS, are both currently in discussions with several of their customers regarding other likely contract expansions.