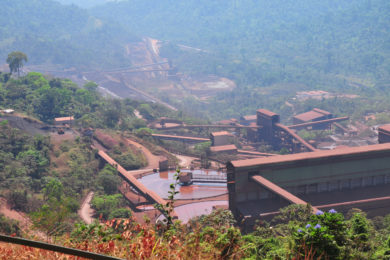 Vale reportedly plans to invest $2.5 billion on, predominantly, dry processing technology as it looks to draw a line under the recent tailings dam failures that have occurred at its Brazil operations.

Reuters, citing emailed responses from Vale’s Director of Ferrous Planning and Development, Fabiano Carvalho Filho, said the Brazil-based miner would spend the amount over the next five years, with the funds mainly used to convert Vale’s Carajas iron ore mining operations in the northern portion of the country to 100% dry tailings facilities.

The news came on the same day the company released its March quarter financial results, which saw the miner report a $1.6 billion loss on the back of the recent Brumadinho dam rupture.

The company is looking to increase its dry processing operations to 70% of its overall iron ore output by the end of 2023, from 60% currently, according to the Reuters report.

Of the 17 processing lines of Plant 1 at Carajas, 11 are already using dry technologies and the remaining six wet lines will be converted by 2022, Carvalho Filho reportedly said.

In addition, the investments will also go towards two projects in Minas Gerais – one for a new iron ore processing complex, with the other focused on restarting a previously operational mine – the news agency said.

The dry processing spend is part of an existing program under which Vale has invested almost $17.5 billion over the last decade, Carvalho Filho told Reuters, adding that the investments were not directly tied to the recent tailings dam spills at the Brumadinho and Mariana dams.