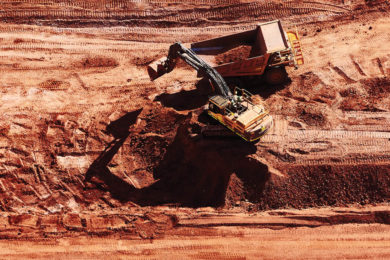 The project scope includes the construction of about 73 km of new rail embankment, a new mine access road and associated road works along the Koodaideri rail alignment, NRW said.

The project value is in excess of A$137 million ($92.9 million) and is expected to have a duration of some 70 weeks with site works commencing in August. At its peak, there will be over 300 site-based personnel required for the project, according to NRW.

NRW’s Chief Executive Officer, Jules Pemberton, said: “NRW has a long history of civil construction expertise in the Pilbara and has been involved in the successful delivery of numerous greenfield and brownfield projects for Rio Tinto since 2002.

“Since then, NRW has also constructed more than 900 km of rail formation across the Pilbara providing work for thousands of Australians and supporting local industries, traditional landowners and suppliers.”

He added that the contract follows the recent award of the Koodaideri plant site earthworks agreement where construction has already commenced (pictured).

Construction on Koodaideri Phase 1 started this year with first production expected in late 2021. Once complete, the $2.6 billion mine will have an annual capacity of 43 Mt, underpinning production of the company’s flagship iron ore product, Pilbara Blend.

Rio Tinto Iron Ore Chief Executive, Chris Salisbury, has previously said that the company wants to make Koodaideri the “most technology-enabled and innovative mine in our Pilbara iron ore network”.