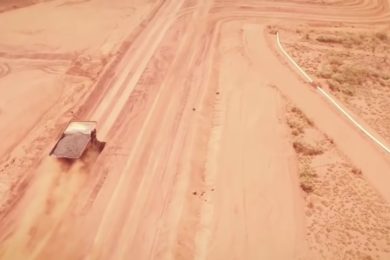 BHP is currently weighing up a project to automate around 500 haul trucks across its Western Australia Iron Ore and Queensland Coal sites, according to a strategy briefing presentation delivered by Chief Financial Officer, Peter Beaven.

Under a list of “projects in feasibility” in the appendices of Beaven’s presentation, the mining major detailed a staged haul truck automation plan that could cost less than $800 million to deliver, with the first of several investment decisions expected this year.

BHP already has automated haul trucks running around its Jimblebar iron ore mine in Western Australia, with the operation going fully autonomous at the end of 2017, but it has not rolled out the autonomous haulage systems (AHS) for haulage across its iron ore portfolio like peers Rio Tinto and Fortescue Metals Group. This latest project, on top of what CEO Andrew Mackenzie said back in February, hints it could do so in the future.

In terms of the delivery of the project, BHP said it was estimating a staged rollout between 2020 and 2023, with AHS decisions made on a “site by site” basis.