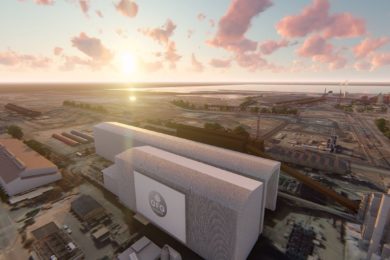 SRG Global says it has finalised a long-term contract with GFG Liberty OneSteel to provide refractory services throughout the Whyalla Steelworks site in South Australia.

The services incorporate the pellet plant, ironmaking, steelmaking and steel products assets, according to SRG Global, with the contract for an initial four-year term with options for a further two-year extension.

The engineering-led specialist construction, maintenance and mining services group said works under this contract are expected to generate revenue of around A$45 million ($31 million) over the six-year term, or some $30 million over the initial four-year term.

“The contract is clear evidence of the benefits that are being delivered through the creation of SRG Global, an engineering-led specialist construction, maintenance and mining services group operating across the entire asset life cycle,” SRG said.

The award of this refractory services contract at Whyalla Steelworks will complement existing works being undertaken by SRG Global’s Mining Services division, which has been operating in the region since 2012, the company added.

SRG Global Managing Director, David Macgeorge, said the contract highlighted the company’s depth of experience in complex asset services and is “further evidence of the diverse capabilities we offer as a combined entity”.

He added: “The contract award is significant in that it aligns with SRG Global’s long-term strategy of securing a greater proportion of recurring revenue contracts in the asset services sector. It is also a considerable achievement in leveraging our refractory services expertise to significantly bolster work in hand.”