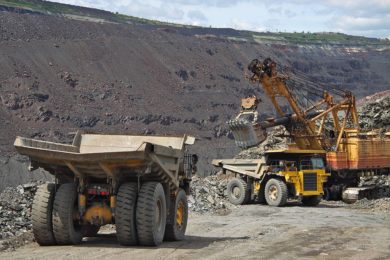 Autonomous Solutions Inc. (ASI) says it has received Phase I funding from the US Army Combat Capabilities Development Command Ground Vehicles Systems Center (formerly TARDEC) for an initiative that could improve the way heavy vehicles stop while operating autonomously.

As the advanced solution is developed, tested and proven, it could be used by ASI’s autonomous vehicles across industries such as agriculture, automotive, construction haulage, mining, facility robotics, the company said.

Jeff Ferrin, CTO of ASI, said: “Bringing large autonomous vehicles to a safe stop in varying environments can be challenging. Having additional funding from the Army to further develop this technology will help us make autonomous vehicles safer, which is always our number-one priority.”

The objective of the Army in awarding this grant is to develop and demonstrate a system that can be operated remotely and considers both the dynamics of the vehicle, as well as the environment, to optimally and safely bring a large ground vehicle to a complete stop despite the terrain, according to ASI.

“ASI has been working on terrain characterisation with the Army since 2014,” Ferrin said. “This project will use similar technology to make sure the vehicle is aware of the terrain around it. This model of the terrain will then be used by the vehicle to ensure a safer stop is completed.”

A significant focus of this intelligent urgent stop initiative is machine learning, ASI said. “This improved technology will continuously monitor the interaction between a vehicle and its surroundings and update the internal model that is used to properly halt the vehicle. This process will allow the vehicle to learn and adapt as the terrain and environment change.”

According to Ferrin, the system can be used with any drive-by-wire vehicle. “It will interface with the brakes and steering to bring the vehicle to a safe, controlled stop,” he said.

Details of the Phase I stage awarded to ASI include development of a concept design using commercial-off-the-shelf sensors to perform safe deceleration of a large ground vehicle. A concept design report and performance analysis report are required deliverables before Phase II can be awarded, ASI said.