Adani Mining’s Carmichael coal mine plan gets the thumbs up 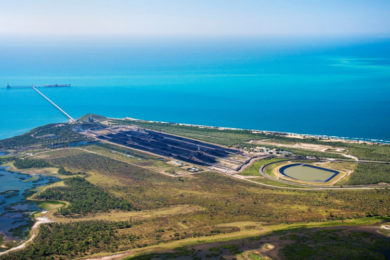 Adani Mining’s plan to build a 10 Mt/y open-pit thermal coal mine and associated infrastructure in the Galilee Basin of Queensland, Australia, looks like moving forward after the company sealed the final approvals it requires to start construction.

Lucas Dow, CEO Adani Mining, confirmed that the company had received advice from the Queensland Government’s Department of Environment and Science (DES) that the Groundwater Dependent Ecosystems Management Plan (GDEMP) had been finalised and approved.

“This is confirmation the plan complies with all regulatory conditions set by the Australian and State Governments, bringing to a close a two-year process of rigorous scientific enquiry, review and approvals,” he said. “This includes relevant reviews by Australia’s pre-eminent scientific organisations CSIRO and Geoscience Australia.”

The development of the first stage 10 Mt/y coal mine will also lead to the building of a circa-200 km narrow gauge rail network that connects to existing rail infrastructure and goes from the mine to the Port of Abbot Point. The initial design capacity of this line is for 40 Mt/y, with the ability to further expand, according to Adani.

The project has faced significant opposition from non-governmental organisations and other associations worried about the impact the mine may have on the local area.

Dow continued: “The finalisation of the GDEMP and Black-throated Finch Management Plan paves the way for construction to commence on the Carmichael project and the delivery of much-needed jobs for regional Queenslanders.

“Moving forward, our priority is ensuring the safety of everyone who works on the project and that all construction activity meets the strict environmental requirements we have agreed to meet in our management plans and approvals.”

Wood Mackenzie Principal Analyst, Viktor Tanevski, said, in another statement, the firm remained “cautious” on the timeframe for delivery of first coal onto a vessel from the operation given the “sizeable task of building out both a new large-scale mine and greenfield rail connection”.

He said: “We anticipate at least a 12-month delay to Adani’s target of first coal exports, approximately two years from the commencement of construction, predominantly associated with delays in the construction of rail.”

The DES, in a separate statement, said it requires additional commitments from Adani to undertake further scientific work over the next two years. This is needed to identify any potential contribution from other aquifers and strengthen the GDEMP.

“Adani is also required to review hydrological, hydrochemistry analyses and seismic information as part of its second geological and groundwater remodelling after box cut mining starts, and review seismic information pertaining underground mining impacts (which is scheduled to start in year 10 of the project),” DES said. “Further seismic studies may also need to be undertaken.”

According to DES, underground mining at Carmichael will not commence until the actions are completed and only if “predicted impacts are consistent with approved impacts”.

“Likewise, if the hydrogeological conceptualisation differs from that of the approved project, approval must be sought prior to relevant impact causing activities,” it said.

Adani’s Dow said, over the coming days, preparatory activities such as finalising contracts, mobilising equipment, recruitment and completing inductions will continue. These actions will enable the company to start construction activities, including fencing, bridge and road upgrades, water management and civil earthworks on the mine site, with the level of construction activity then steadily increasing over the coming weeks.

The original plan at Carmichael, as stated in the Environmental Impact Statement, was for an open-pit and underground coal mine with a yield of 60 Mt/y. The planned A$16.5 billion ($11.2 billion) investment would see the development of six open pits and five underground mines, five mine infrastructure areas, a coal handling and processing plant, heavy industrial area, water-supply infrastructure, rail line and off-site infrastructure, including workers’ accommodation village and airport, according to the EIS.