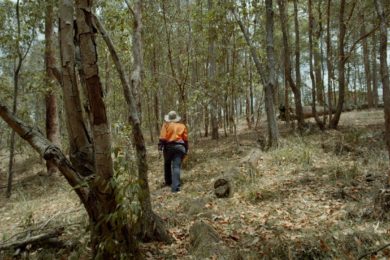 The submissions for the crowdsourcing competition to find new exploration targets at the Mount Woods tenements of the Prominent Hill copper-gold mine (pictured), in South Australia, ranged from cutting edge machine learning to advanced physical modelling, with OZ Minerals making more than six terabytes of public and private exploration data available to competitors.

The three month long competition concluded on May 31, 2019, having seen over 1,000 global participants from 62 countries register for the chance to not only win a A$1 million ($701,156) prize pool, but also have its concepts tested in real life, with the top targets scheduled to be drilled by the end of 2019.

Third prize (A$100,000) went to Hugh Sanderson, Derek Carter and Chris Green from team Cyency. Cyency has a strong data science and geoscience background, with Sanderson practising “deep learning” for several years, Carter being involved with the technical and software side of mining for over 10 years, and Green being an experienced geologist. The team said: “With so much data, it was difficult to know where to start, so we started with what we knew – the results from the Data Science Stream. We had a set of models that we knew were pretty good at predicting mineralisation across Australia, so we ran them over the tenement…we applied several data science techniques to estimate a set of candidate points, and then selected the 10 best of these.”

The Student Team prize of A$50,000 went to deCODES’ Christopher Leslie, Matthew Cracknell, Angela Escolme, Shawn Hood, and Ayesha Ahmed. A team of early career researchers from CODES, University of Tasmania, its approach was driven by considering an iron oxide copper gold (IOCG) metallogenic model, and then “striving to produce digital proxies for all aspects of that model. Our prospectivity layers were created using a mix of manual and traditional data handling methods as well as basic machine learning approaches”.

The Insights prize (A$25,000) was awarded to Avant Data Solutions, a multidisciplinary team consisting of data science and programming, and geological domain expertise. The team took a heavily data driven approach with verification and interpretation using geology, with the challenge tackled, first, by analysing and exploring the data in detail and finding what data might be overlooked.

The Data Hound and Fusion Prizes (both A$25,000) went to Team Phar Lap and SRK Consulting, respectively.
Team Phar Lap consists of a mathematician, a physicist, a German trained geologist and ecologist, a pilot, and a US trained geologist, offering a latticework of geosciences and data science. The consortium used a mixed approach between geological interpretation and data crunching with a strong focus on controlled learning.

SRK’s team was made up qualified structural geologists across offices in Perth, Melbourne, Toronto and Vancouver, with “the approach including the re-interpretation and/or value-add of the provided and available datasets followed by a multi-pronged and integrated targeting approach applying data-driven machine learning (based on a balanced random forest algorithm) and weights of evidence to guide a set of knowledge-driven mineral systems informed fuzzy inference solutions”, Unearthed said.

OZ Minerals Chief Executive Officer, Andrew Cole, said: “The innovators who participated in the Explorer Challenge have provided approaches to mineral exploration that we never would have imagined internally, including ways to fuse datasets together, combining multiple layers of information, and making predictions based on the extensive datasets.

“Reviewing the diverse range of solutions that have come back from this process has been truly remarkable.”
Unearthed Industry Lead – Crowdsourcing, Holly Bridgwater, previously worked for a decade as a geologist in resource exploration and definition. She believes that crowdsourcing will transform the lengthy and intensive exploration process.

“We are extremely excited by the incredible range of solutions submitted by these pioneers that can generate high quality exploration targets in an efficient way,” Bridgwater said.

“Many industry professionals and mining companies are beginning to realise that their true competitive advantage in exploration is speed, not necessarily data or technological intellectual property. I think that the ability that the crowd gives you to generate new ideas, develop solutions, and automate processes, is something that can make a big difference and provide that competitive advantage.”