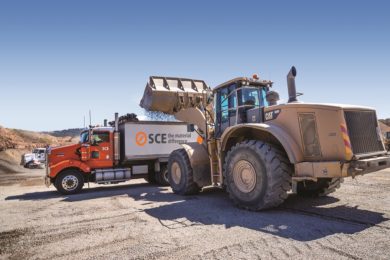 Australia-based SCE says it has been awarded a multi-year contract to transport coal wash reject from Peabody’s Metropolitan mine in Helensburgh, New South Wales, to various tipping locations in the Illawarra district.

Under the contract SCE will be moving 400,000 t/y with special consideration to be given to the Helensburgh community to ensure minimal heavy vehicle impact operating between set hours (7 am-5 pm), including operating outside school zone hours.

The contract is estimated to be worth A$14 million ($9.83 million) during the initial three-year period with options for a further two-year extension.

Metropolitan uses underground longwall mining techniques to extract the coal which is then transferred by conveyor to the major surface facilities area. The coal is transported by train to the Port Kembla Coal Terminal for shipping to domestic and overseas customers. The mine sold 1.9 million tons (1.7 Mt) of coal from the mine in 2018.

“We are extremely pleased to have been awarded this contract by Peabody,” SCE Transport and Logistics Manager, Paul Minogue, said. “Metropolitan is one of the oldest continually operating coal mining operations in Australia and has been an integral part of the Helensburgh community for 130 years.”

He added: “Similarly, we have a wealth of experience in all facets of the mining services industry including stockpile management, emplacement services, civil projects, water management and transport solutions.”

Minogue said the company will have a fleet of up to 25 semi-trailers to transport coal wash reject from the mine site with the capability to flex down and up, depending on demand.

“As always, our top priority is to ensure we move all materials safely while also taking into consideration the communities in which we operate,” he added.