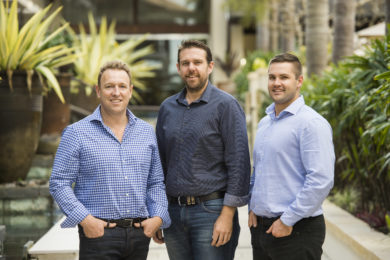 Australia-based business, Components Only says it is establishing offices in Chile and Mongolia as it looks to tap into the high-profile mining markets in those regions.

Calling itself a leader in the buying, selling and sourcing of new, used and rebuilt components for heavy machinery across the mining, construction and earthmoving industries, the company said the move was predicated on responding to increased demand for its services and expertise.

Components Only Accounts Director, Ben Hailes (pictured on the left), said: “Both rich in resources, Chile and Mongolia utilise similar equipment to our existing markets of Australia and North America and we are confident that with local staff we can respond to the increasing trade requirements of these economies.”

Chile is the world’s largest producer of copper, with the mining industry a major employer in the country. The sector represents around 10 percent of the nation’s GDP. Mongolia, meanwhile, boasts significant proven deposits of gold, copper, iron ore and coal, with its minerals sector underdeveloped and holding enormous potential, Components Only said.

Hailes continued: “Our expansion into Chile and Mongolia is an opportunity for us to leverage our proven business model, as well as to create positive economic impacts for both nations through employment and development of infrastructure. We’re committed to improving these regions, and we look forward to working with the local communities.”

Components Only’s services encompass the sourcing of new, used and rebuilt components worldwide; selling, appraising and disposing of excess and obsolete stock; and providing online marketplace services that facilitate the trade of components on one platform.