Epiroc lifts the lid on automation success in Q2 results 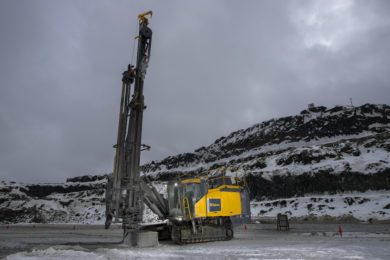 After many years of automation talk, the mining industry finally appears to be investing in this new technology judging by Epiroc’s latest financial results.

The Stockholm-based company reported record revenue of SEK 10.6 billion ($1.13 billion), alongside a 25% year-on-year operating profit increase to SEK 2,263 million in its June quarter financials, but the most interesting elements from this release were comments from the company on automation.

Epiroc says it is a market leader in automation, connectivity and battery-electric vehicles, with the company noting customer interest in, and demand for these solutions, is growing quickly.

In the quarter, the company launched 6th Sense, its new offering of solutions to enable customers to optimise processes by connecting machines, systems and people using automation, information management and system integration, and to achieve higher production at lower operating costs.

Even though it is early days for this initiative, Per Lindberg, President and CEO of Epiroc, said the company has more than 2,500 connected machines on its books; a number that is rapidly increasing.

“For example, for production drill rigs, the number of connected machines has doubled in the last year. We also see that connectivity is an enabler for increased utilisation,” Lindberg said.

In underground drilling, Lindberg said more than 550 of its drill rigs are equipped for complete automation of the drilling process and, in surface drilling, it has the largest installed base of autonomous rotary drill rigs. On the latter, the world’s first fully autonomous SmartROC D65 down-the-hole drill rig is now operating in Canada, it said.

“Also, the interest in our next generation underground battery-electric vehicles continues to be strong and we received more orders for these machines in the quarter,” the company said.