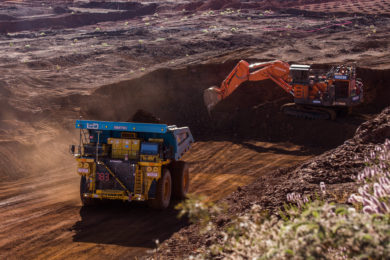 Rio Tinto, in its half-year results, provided an update on its haul truck automation efforts at its iron ore mines in the Pilbara of Western Australia, saying it expects to hit some significant milestones by the end of 2019.

The company, one of the first adopters of autonomous haulage systems through a commercial trial at its West Angelas operation all the way back in 2008, said it had continued investing in productivity and automation in the first six months of 2019 and expected 50% of its iron ore truck fleet to be fully autonomous by the end of the year.

The company said: “Deployments are complete at seven of our sites, with Hope Downs 1 and Marandoo in transition.”

Last week, Fortescue Metals Group (FMG) said its plan to automate all haul trucks across its Pilbara iron ore network was going to plan, with 128 trucks running in autonomous mode as of the end of June.

Meanwhile, Rio said its AutoHaul project, which sees 2.4 km long trains travel across a network of 1,700 km of track, all monitored remotely from an operations centre in Perth, was now fully operational. These trains have safely travelled more than 4.5 million kilometres autonomously since they were first deployed last year.