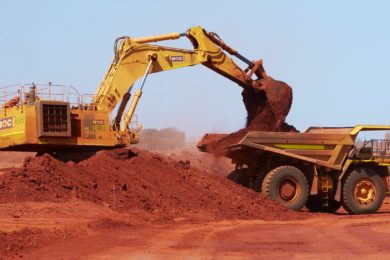 Monaldelphous said its contract at West Angelas Deposits C and D, valued in excess of A$100 million ($68 million), includes the supply and installation of structural, mechanical, piping and electrical and instrumentation works associated with the construction of new iron ore facilities, as well as modifications to existing plant.

The work will commence immediately and is expected to be completed in April 2021.

BGC Contracting, meanwhile, will deliver civil infrastructure work as part of the same project. This includes carrying out bulk earthworks and civil works necessary to construct the heavy and light vehicle road networks that will connect the existing processing plant with the new C and D deposits.

In addition, BGC Contracting will construct the concrete foundations for the planned facility, as well as a HDPE water pipeline and install 17.5km of PVC conduit. BGC said work was due to commence on site in early October, with completion in less than a year. Detailed planning and mobilisation are already underway, it added.

Back in October, Rio, together with joint venture partners Mitsui and Nippon Steel & Sumitomo Metal, approved an investment of $1.55 billion to sustain production capacity at two projects forming part of the Robe River joint venture in the Pilbara. Around $967 million was set to go towards developing the Mesa B, C and H deposits at Robe Valley, with $579 million for developing Deposits C and D at West Angelas operation.

The investments were to enable Rio to sustain production of its Pilbara Blend products, with first ore anticipated from 2021.

Once operational, both projects will feature the latest technology with 34 existing haul trucks to be retrofitted with autonomous haulage system technology, it said.

“This latest contract award is a further step in the company’s diversification strategy. We look forward to working with Rio Tinto and all stakeholders to deliver this large-scale project.”