QM Points to rehabilitate former uranium mine in Saskatchewan, Canada 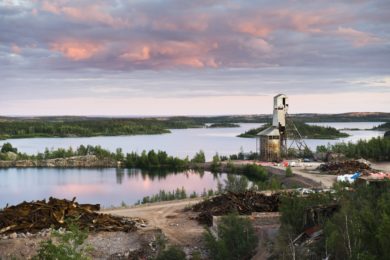 QM Points Contracting has entered into an agreement with the Saskatchewan Research Council to complete the Gunnar Mine – Other Site Aspect Remediation project in the Canadian province.

This agreement represents one of the remaining major phases to reclaim the Gunnar mine site that was closed in 1964 without proper decommissioning, it said. As a result of the agreement, the site will be remediated to a level to allow reestablishment of vegetation and traditional uses of the land. It will also result in training, employment and subcontracting opportunities for local community members, as well as other benefits to the region including bursaries for students and community enhancement projects, QM said.

John Scarfe, Chief Executive Officer of Points Athabasca Contracting, said: “This partnership is a very exciting step for us and for our shareholder communities in the Athabasca Basin Region. Not only does it allow us to expand and add end-to-end construction projects to our portfolio but growing this partnership also helps provide opportunities for us to do what we do best: ‘Building Capacity’ for Indigenous people.”

The former Gunnar uranium mine and mill site is located on the north shore of Lake Athabasca, some 25 km south of Uranium City, Saskatchewan. The mine was operational from 1955-1963 and officially closed in 1964 with little decommissioning.

Due to the remote and isolated location of the site, numerous buildings (both industrial and residential) and facilities were developed. According to technical standards during that time, asbestos was widely used in all the buildings.