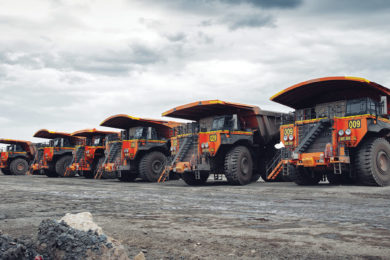 Whitehaven Coal in its recently released year to end June 2019 results said there had been some cost increases of around A$4 per tonne due to longer hauls and increased elevation of the hauls at Maules Creek as the pit continues to be expanded to facilitate optimised mining conditions for the long term but this cost factor is expected to reverse in the medium term with in-pit dumping and the introduction of autonomous haulage using its Hitachi AHS system installed on a fleet of Hitachi EH5000AC3 trucks.

Overall the expansion plan is to reach 16 Mt/y of ROM coal at Maules Creek. For this project work is well advanced on the mine plan and environmental studies required to expand the mine beyond the current 13 Mt/y approved rate. Lodgment of the project modification is due H1 calendar year 2020 with approval likely one year later. For the year to end June 2019 there was a record ROM coal production of 11.7 Mt as the mine continued to ramp up to the approved production rate of 13 Mt/y. In-pit dumping is to commence in the first half of 2020.