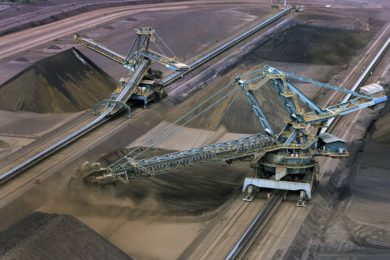 Primero Group Limited says it has been awarded a “significant contract” at the BHP-owned $4.6 billion South Flank iron ore project in Western Australia.

The ASX-listed company will carry out the pre-assembly of The South Flank Balance Machines for thyssenkrupp Industrial, it said.

thyssenkrupp was awarded the supply and installation of the Balance Machines by BHP in November 2018, Primero said.

Primero’s scope is the pre-assembly of the two stackers and one “off-reclaim machine” at the AMC (Australian Marine Complex), located in Henderson, south of Perth.

The machines will be the largest rail mounted stacker/reclaimers machines to be installed in the world, with a loading capacity of 20,000 t/h.

The contract is set to commence immediately and is expected to be completed in the current financial year, ending June 30, 2020.

Primero said: “The contract award represents another significant win for the company’s Non-Process Infrastructure division and will create up to 60 direct positions locally over the contract period.”