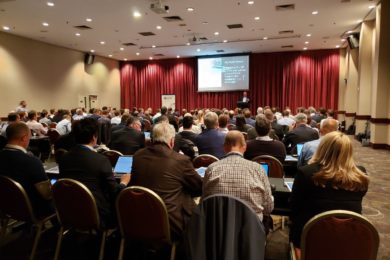 This group will work toward fleshing out a detailed roadmap and develop a way of illustrating how all the pieces fit together, the GMG said.

GMG stated: “Interoperability is a priority for the mining industry and there are many ongoing projects, guidelines and standards being developed for it.”

The roundtable was designed to accelerate progress and enhance collaboration between organisations working on interoperability. It brought organisations working on different aspects of the issue – both inside and outside the mining industry – together to increase the visibility of ongoing interoperability initiatives and to prevent duplication of efforts, according to GMG.

GMG said: “The roundtable confirmed the need for coordination and knowledge sharing among organisations, and participants recognised that interoperability is a vast issue. While their projects focus on different aspects of interoperability, there are overlaps and many are interconnected in some way.”

GMG Managing Director, Heather Ednie, commenting on the breadth of what was presented, said: “We’re further ahead than we might think. Once the pieces are put together, you can see that there is a lot going on in an effort to solve interoperability challenges.”

Exposure will be just as important as coordination in ensuring these initiatives achieve their full potential, GMG said.

To foster this collaborative environment, these organisations and others working on the topic will form the interoperability organisations taskforce.

Among the participants, Ednie says, “There was a very strong willingness and appetite to work together”, also noting that many of these organisations and initiatives are backed by the same companies, so coordination is in their best interest as well.