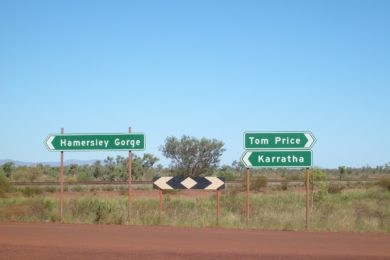 Australia’s MACA Ltd recently announced the award of a Construct Only contract with Main Roads Western Australia for Stage 3 of the Karratha/Tom Price Road, that will connect two of Australia’s major mining hubs. The contract is expected to generate revenue of A$81 million and is due to commence in September of 2019 and be completed by mid 2020.

The scope of MACA’s current work includes the construction and sealing of a 45 km section of road. Construction includes overlaying the existing pavement sections, installation of new culverts and extensions to the existing culverts as required.

Elsewhere it has been a good year for MACA as reported in its H1 2019 results. Operational activities have continued to grow in gold, with MACA renewing its long term contract at thebeginning of the year with Regis Resources at the Duketon South operations for another five year period. “Our current operations with Ramelius Resources at Mount Magnet, Blackham Resources at the Matilda project and for Pilbara Minerals at the Pilgangoora project continued throughout the full year.” In the first half MACA commenced in a new geographic area and commodity when commencing the Bluff Coal project for Carabella Resources in the Blackwater region of Queensland. This is a significant project for MACA both in terms of scale and tenure (a 10 year life of mine contract) which is now beginning to generate solid returns.

Internationally MACA continues to operate at OZ Minerals’ Antas copper mine in the state of Para in Brazil. MACA also executed a Memorandum of Understanding with Emerald Resources to provide contractmining services at the Okvau Gold Project in Cambodia.

During 2019 the Civil division completed bulk earthworks at the Gruyere Gold project and the Coongan Gorge realignment for Main Roads of WA. In addition, a number of small mine based infrastructure projects were completed for mining clients and internally for its Crushing Division.

MACA Interquip commenced the Kirkalocka gold project for Adaman Resources during the year – this included installation of a new semi-autogenous (SAG) mill and the refurbishment of an existing processing plant. This project commenced in February of 2019 and will be completed in the first half of FY2020. In addition to this MACA Interquip is actively pursuing maintenance services. Other projects completed during the period included the construction of crushing plants for MACA Mining at BHP and a secondary mill upgrade for AngloGold Ashanti at the Tropicana project.