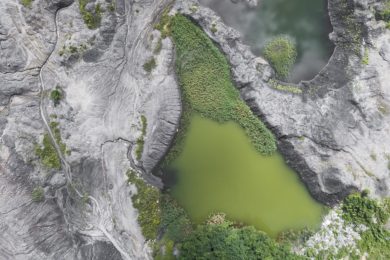 K2fly says it has signed an agreement with Newcrest Mining to implement its RCubed resource governance software as a service (SaaS) solution.

The agreement covers the rollout of the RCubed software solution across the reporting lines of Newcrest for its resources and reserves in its global gold operations across seven sites in Australia, Indonesia and Papua New Guinea.

The deal follows closely on the heels of K2fly signing a similar SaaS pact with Glencore Canada. It is also less than six months since K2fly acquired the RCubed software through the acquisition of Prodmark Pty Ltd.

RCubed software generates resource and reserve reports that support reporting codes such as JORC, NI-43-101 and SAMREC across the major stock exchanges – including NYSE, LSE, TSX, ASX and JSE. It assists mining and resource companies in complying with their regulatory reporting obligations.

This is a three-year SaaS based software contract and, with implementation costs, is worth more than A$150,000 ($100,145) in the first year, according to K2fly. Implementation is to commence immediately, and there will be recurring revenues on an annual basis. The initial total contract value is over A$330,000, K2fly said.

As with all RCubed implementations, each operation and all relevant data is captured at a base level and involves comprehensive governance data capture and reporting, the company said.

Nic Pollock, K2fly Chief Commercial Officer, said: “Newcrest is the largest gold producer listed on the ASX and a top 10 global producer and adds to the growing momentum we are seeing within the mining industry and its acceptance of RCubed as a resource governance reporting solution.”