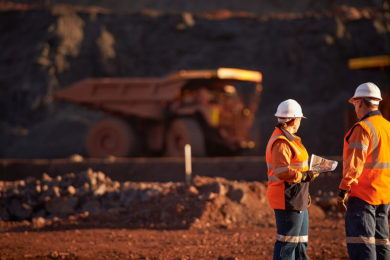 Developments at BHP’s Innovation Centre during the miner’s 2019 financial year have led to the take up of several new technology-based solutions, BHP explained in its just released annual report.

This included a live mine scheduling tool that enables mine schedulers to deliver faster and higher-quality schedules and decisions for mine load and haul operations. It works by analysing disparate data sets consisting of real-time and contextualised information, the company said.

After the successful application of live mine scheduling at its Eastern Ridge innovation mine in the Pilbara of Western Australia, the company has scaled and deployed this solution at its Whaleback mine, also in the Pilbara, it said.

In addition to this, the company says, in its 2020 financial year, live mine scheduling will be scaled across all its iron ore operations, which is expected to result in better mining fleet utilisation and visibility throughout the BHP iron ore supply chain.

This is not all though. Another technology tested out at Eastern Ridge – the real-time payload distribution display – was implemented during its 2019 financial year.

This display is a visual tool enabling BHP’s digger operators to “precisely and efficiently distribute and deposit payload onto trucks”, the company said. The technology is expected to improve operators’ ability to accurately deposit the target payload onto trucks, enabling lower equipment maintenance costs.

Lastly, the company has made advances in its adoption of what it calls “pedestrian avoidance technology”. This sees a video and audio detection and alert system provide forklift operators with 360° detection of personnel near forklift machinery, reducing safety incidents that have previously occurred due to poor visibility.