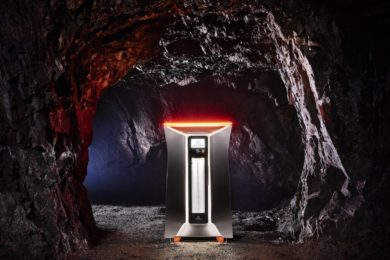 In announcing the appointment of John Pizimolas as General Manager of the APAC region for Orexplore, Swick Mining Services has revealed that the first mine site trial of its mineral scanning technology is scheduled for the December quarter.

Since launching in May 2018, 18 different customers have used Orexplore in laboratory trials, according to the company.

Pizimolas, meanwhile, has more than 20 years’ experience as a metallurgical engineer in the resources industry, with senior executive expertise in leading mineral analysis across the full mine project life cycle and in new technology start‐ups, Swick said.

Prior to joining Swick, Pizimolas was Vice President, Minerals South East Asia and Pacific for SGS SA and, before then, General Manager Mine Site Services (Global) for ASX‐listed ALS Limited.

Pizimolas said: “I strongly believe in the power of digital core tomographic imaging and the need to progress to more real-time information from drilling than has previously been available. The innovative Orexplore technology certainly delivers real commercial value and I am excited to be leading the business in driving its next phase of growth.”

The company said: “Successful completion of this trial is expected to enhance market confidence in the technology and drive revenue growth in Orexplore’s second full year since launch.”

Orexplore was developed over a seven-year period in Sweden and provides real-time, non-destructive assay and tomography results using whole of core data that is an improvement on the multiple weeks delay currently used in destructive chemical testing, according to Swick.

GeoCore X10 core scanning machines use patented attenuation and X-ray fluorescence combined measurement techniques to enhance the identification and understanding of key features within the entire core including:

The scan results are made available to the client for viewing and analysis through Orexplore’s Insight software. This enables interactive 3D manipulation of the tomography data which can lead to accurate definition of geological structures, the ability to define lithological contacts and the true boundaries of mineralisation. It also provides element concentration data for further analysis.