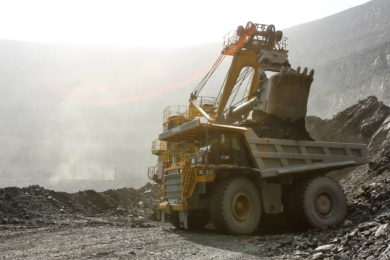 Polyus, Russia’s largest gold producer, is to rollout Orlaco’s collision avoidance system (CAS) across its mining fleet following the successful implementation of a similar system at its Krasnoyarsk business unit in 2017.

VIST Group, which is part of the ZYFRA Group and the exclusive dealer of Orlaco’s CAS in Russia and the CIS, will carry out the installation.

German Popov, Head of the Division at VIST Group, said: “With 30% of all accidents in the workplace, in 2018, caused by mobile equipment, according to the International Council of Mining and Metals, health and safety surrounding vehicle usage is critical. At VIST, we have proved our capability in increasing the safety of mining operations through the implementation of cutting-edge solutions.”

The Orlaco CAS consists of a set of cameras and radars mounted on mining equipment. The information collected from this hardware is communicated to the driver via a monitor, allowing them greater spatial awareness of their vehicle and the surrounding area.

The features include a built-in warning system, which automatically alerts the transport operator to any equipment, people, boulders, poles and stationary structures within a 30-m radius.

The system has been designed to provide operators with greater control over their vehicle for manoeuvring, mainly where space is tight, other vehicles or people may be present in large numbers, and/or weather conditions prove prohibitive.

The implementation of this latest safety solution follows VIST’s 2017 installation of an Orlaco video surveillance and collision avoidance system at the Krasnoyarsk business unit of Polyus. This project was well received by equipment operators, according to a survey, with 77% “fully satisfied” with the installed system and its ease of use, 78% noting an increase in the level of safety in work, and 75% reacting positively to the additional visibility provided by cameras when operating in the dark.