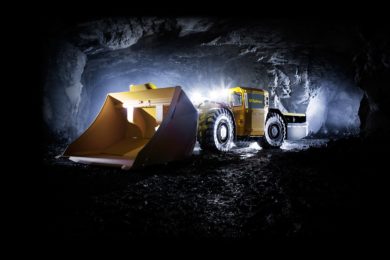 During its recent XIXth Analyst & Investor Tour, Vale laid its cards on the table with regard to its electrification strategy in mining going forward. As part of its committment to reducing global warming, it is setting goals for 2030 towards a low carbon economy. Part of this is its PowerShift strategy that sets out its goals to test and adopt existing solutions as well as developing technologies with potential for greater impact. “PowerShift is focused on cleaning energy matrix, initially addressing power, diesel and bunker consumption.”

Specifically on mining Vale homes in on electrification, alternative fuels and alternative power sources. “Electrification technologies of mine equipment have the potential to increase productivity while reducing emissions.” Underground EV use means workforce health benefits and an up to 100% emissions cut.

The company points out that it has already been using trolley underground ‘Kiruna’ trucks for many years and that by 2021 it will have over 30 electric powered equipment units in operation. Vale operates eight 55 t of the hybrid Kiruna trucks to reduce diesel fuel usage at its Coleman and Creighton nickel mines in Canada. The fuel savings equate to about 1 million litres per year of diesel fuel and at Coleman mine, there are an estimated 32,000 trips with the Kiruna trucks per year. Moving ahead, the first wave of battery electric LHD equipment trials using an Artisan model 153 (now Sandvik) and Epiroc (ST7 Battery) equipment were established in 2017 to manage heat & ventilation issues at Coleman. At Creighton, the use of EVs in the deep workings will allow work to progress in ventilation constrained areas.

The second wave of trials started in 2018 and include a battery Artisan Z40 40 t haul truck and Epiroc ST7 Battery LHD at Coleman. For Creighton Deep it has purchased three Battery Personnel Carriers and one Battery Emulsion Loader (Maclean). The main Creighton Deep pilot that has started this year Creighton Deep includes two 8 yd3 battery LHDs, a 42 t battery haul truck plus eight support & utility battery vehicles. There is further potential at Victor/Nickel Rim and at Garson/McConnell.

Electric drive majors Siemens and GE have publicly stated at IM‘s conference The Electric Mine that they are working on solutions for large hybrid-electric as well as all electric haul trucks together with the major OEMs, while Volvo is one company having smaller all electric battery trucks, which it has extensively trialled – namely the cabless 15 t payload HX2 autonomous, battery-electric machine.

It is clear Vale is taking a pioneering and future proofing stance on electrification. These are exciting times for the industry: battery technology has the potential to transform mining even within the next few years. Underground is leading the way but surface will not be far behind.