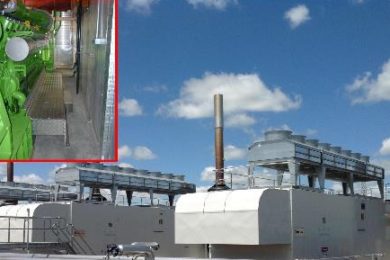 Kalium Lakes says it has awarded a contract to design, supply, install and commission a 7.5 MW gas fired power station for its Beyondie sulphate of potash project (BSOPP), in Western Australia, to Clarke Energy.

Gas for power generation will be supplied from Kalium Lakes’ owned and operated gas lateral that will also be built as part of the project for the stage one 90,000 t/y SOP production capacity.

The project aims to commence production at 90,000 t/y of SOP, before ramping up to 180,000 t/y of SOP for domestic and international sale. An initial mine life of between 30-50 years is anticipated for a project designed to be a low cost, long life and high margin producer, Kalium Lakes says.

According to the potash developer, the scope under this contract has already commenced with early works to de-risk the project schedule and enable early contractor involvement for optimal integration with the power generation requirements of the project.

Clarke Energy has also provided several smaller, diesel generators for the project from its signature Kohler brand, which will provide power to the village and the remote brine transfer pump stations, Kalium Lakes said.

Kalium Lakes’ Chief Development Officer, Rudolph van Niekerk, said: “Not only has Clarke Energy worked with us to find a technically viable solution for our project, it has gone the extra mile to also achieve the WHS Accreditation which is a requirement for this contract under Kalium Lakes’ funding from the Northern Australia Infrastructure Facility.”

Earlier this month, Kalium Lakes’ board made the final investment decision on the project, allowing development to move forward.