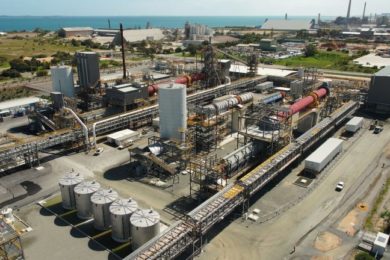 SIMPEC has added to its existing scope of works at the Tianqi Lithium-owned lithium hydroxide process plant (LHPP1) in Kwinana, Western Australia, with a new A$5 million ($3.34 million) contract to carry out structural, mechanical, piping, and electrical and instrumentation work at the operation.

This work, which comes on top of the pyromet piping installation contract the WestStar Industrial subsidiary was awarded by lead contractor MSP Engineering in 2018, will assist Tianqi with the handover of the plant to the operations team.

SIMPEC Managing Director, Mark Dimasi, said: “This award is a true reflection of our team’s performance to date on the LHPP1 project. An outstanding effort by everyone involved. I personally would like to thank all the MSP Engineering personnel for supporting our team over the past 10 months and Tianqi Lithium Kwinana for backing the incumbent SIMPEC site team.”

This new contract builds on previously announced extensions during the company’s 2020 financial year and brings contract awards received during the first half of this period to circa-A$23 million.