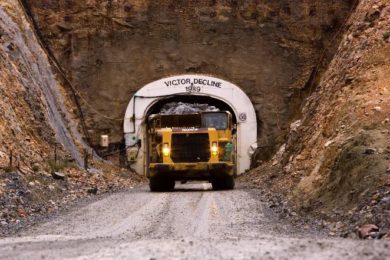 Mincor Resources’ David Southam said the restart of the company’s Kambalda nickel mine in Western Australia will act as a “global showcase” for all-electric underground light vehicles when it opens in the next few years.

Southam, the company’s Managing Director, made such a statement at the Paydirt 2019 Australian Nickel Conference in Perth, Western Australia, this week.

The company is currently running a definitive feasibility study (DFS) at the project, at the same time as completing drilling to add resources to the property. First site works could occur in the March quarter, according to Southam.

So far, Mincor has built up a 4.7 Mt resource base grading 3.7% Ni for 175,300 t of contained nickel. The company hopes to deliver initial throughput of between 400,000-600,000 t/y of ore over an initial four-to-five-year period, which it will sell to BHP’s nearby Kambalda operations as part of an offtake agreement with the major miner.

The Bortana EV, specifically, has had a prototype undergo local mine site testing in Newcastle, New South Wales, before an extended trial with Kirkland Lake Gold’s Fosterville mine in Victoria.

Southam also said the company had a longer-term aim to transition larger mining vehicles to electric once infrastructure was established.

“This mine restart will be a global showcase for this new and more environmentally-friendly mining technology,” he said.