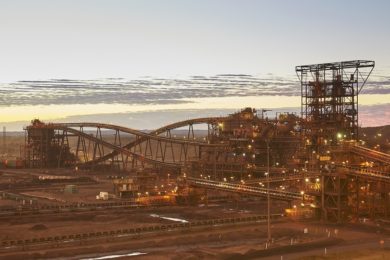 These agreements will see the company build Alinta’s 60 MW Chichester solar farm and supporting power infrastructure in the Pilbara region in the north of Western Australia as part of the Chichester Solar Gas Hybrid project, which FMG announced details of last week. It is expected to displace around 100 million litres annually of diesel used in the existing Christmas Creek and Cloudbreak power stations, according to FMG.

Work awarded includes the engineering, procurement and construction of the Chichester solar farm, around 60 km of transmission line, two new substations and the upgrade of another, Downer said.

Grant Fenn, CEO of Downer, said the award is another endorsement of Downer’s experience and leadership in delivering renewable energy projects.

“We are looking forward to delivering the project in partnership with Alinta Energy and we are expecting an efficient integration of the solar farm and supporting power infrastructure into Alinta Energy’s existing network in the Pilbara,” Fenn said.

Downer is one of Australia’s largest and most experienced providers in the renewable energy market and power systems sectors, according to the company, delivering services to customers requiring both utility and commercial scale sustainable energy solutions.

The project is expected to be completed in the first half of 2021, Downer said.