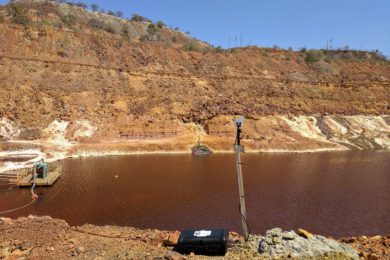 Queensland, Australia-based technology startup GlassTerra says it is collaborating with a global satellite connectivity company to conduct a proof of concept project to monitor a key embankment in real-time at the former-operating Mount Morgan mine.

Mount Morgan, which was a copper, gold and silver mine that operated up to 1981, is now abandoned and managed by the Queensland Government’s Department of Natural Resources, Mines and Energy.

GlassTerra Chief Customer Officer, Sophia Li, said the combined solution will demonstrate the ability to conduct real-time monitoring of unplanned movements of earth and other parameters, on embankments such as tailings facilities.

“Real-time monitoring of embankments enables prompt reporting, investigation and mitigation of any changes, which can enhance safety, improve the protection of our environment and advance the social performance of the mining industry,” Li said.

It also has potential applications in the 3,500 tailings storage facilities in the global mining sector. This project has already led to GlassTerra securing a contract for real-time tailings embankments monitoring in Africa, the company said.