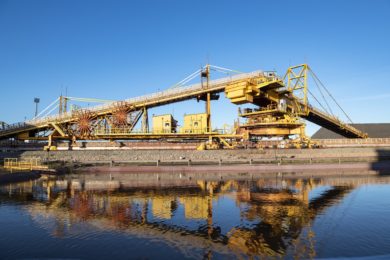 The coarse particle flotation technology being explored as part of Anglo American’s FutureSmart Mining™ platform is gaining traction after the company announced it was to carry out a prefeasibility study on applying it at the Minas-Rio iron ore mine, in Brazil.

The announcement, made during a “Bulks Seminar & Site Visit” in Brisbane, Australia, comes shortly after DRA Global confirmed it had been awarded a feasibility study contract to build a coarse particle recovery plant at Anglo’s Quellaveco copper project, currently in construction in the Moquegua region of Peru.

During the seminar, Anglo said the application of coarse particle flotation technology could see 20% of feed rejected as silica sand, improving the product quality and consistency at Minas-Rio. It also said it could potentially provide a circa-$500 million net present value uplift at the operation, on top of a 15% water saving and 20-30% mill energy reduction.

The coarse particle flotation technology is expected to play a key role in the company’s aim to ultimately eliminate tailings dams, according to Anglo American Technical Director, Tony O’Neill.

The company previously said it was set for trials of the technology at its Amplats operations in 2020.