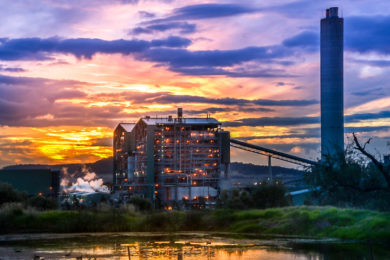 The new funding will support consideration of a final investment decision in June 2020 to begin the A$150 million ($102 million) construction of a carbon capture plant at the Millmerran Power Station (pictured) as part of the Carbon Transport and Storage Company’s Integrated Carbon Capture, Utilisation and Storage project in the Surat Basin.

This plant – together with the further stage of geological storage – represents an estimated A$230 million investment in industrially-scalable carbon capture and storage in Queensland’s Surat Basin, and removes some 25,000 cars equivalent of emissions every year over the project’s potential 25-30-year life, according to COAL21.

COAL21 is a A$550 million low emission technology fund established by the Australia black coal industry with the purpose of investing in research and deployment of carbon reduction technologies.

“These technologies are vital to reducing the risks of human-induced climate change and will support the transition to a low emissions global economy, in line with participation in the Paris Agreement,” COAL21 says. “Through COAL21, contributors to the fund are delivering projects which reduce and remove emissions through technology and collaboration with Australian and international partners.”

COAL21 said it was excited by the potential benefits from the establishment of Australia’s first commercial scale carbon capture hub in Queensland, and that the investment “strongly aligns to COAL21’s core purpose of investing in research and deployment of low emission coal technologies”.

Investing in this project provides the foundation of critical infrastructure needed to reduce and remove existing and future sources of industrial emissions, according to COAL21. This includes from coal-fired and other electricity generation, steel and cement manufacture, mining processes and from other future energy sources, such as hydrogen.

The investment will, according to COAL21, provide:

This funding sends a clear message internationally about Australia’s commitment to practical, effective action on emissions reduction, industry development and a sustainable economy, according to COAL21.

The Surat Basin has been chosen for its storage potential for CO2, a range of potential commercial users of CO2, and several significant industrial sources of CO2, notably Australia’s newest coal fired power stations at Millmerran, Kogan Creek and Tarong North, COAL21 said. The Surat Basin has been consistently identified as a CO2 storage option since 2009’s National Carbon Storage Taskforce which estimated a theoretical storage capacity of up to 2,900 Mt of CO2.

This latest investment continues more than a decade of COAL21 investing in low emission technologies, including a world first project that demonstrated carbon capture technology can be applied to coal-fired power stations to generate electricity with low emissions – the Callide Oxyfuel project.