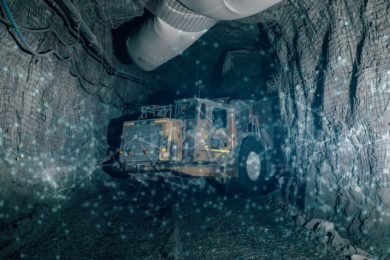 Newtrax Technologies, a leading provider of safety and productivity systems for underground hard-rock mines, has used the backdrop of the Sandvik Digitalization in Mining event, in Brisbane, Australia, to launch its brand new IoT Hub.

The Newtrax IoT Hub is the first AI-powered data aggregation platform, which enables the mining industry to connect all IoT devices into a single data repository, according to the company.

“It connects datasets and information in real time with a wide choice of software applications, enabling transparency of the mining processes and proactive decision making,” the company, which was acquired by Sandvik earlier this year, said.

This hub provides every mining company – big or small – with the ability to build their own “data lake” through industry-standardised application programming interfaces (APIs), according to the company. “This ensures mining companies can pick and choose from virtually any application they want and build the best solution architecture for their unique requirements,” Newtrax said.

Newtrax told IM that there are several applications inside the IoT hub including:

While the digital mining tech leader has focused, to date, on monitoring and providing insights on people, machines and the environment in underground mines, it told IM that the IoT hub was ready to also host “any process plant solutions”. Newtrax is not intending to build such a solution though and would, instead, happily integrate with other vendors that already had one, the company confirmed.

Alexandre Cervinka, President & CEO of Newtrax, said the company has seen throughout the industry plenty of examples of separate vendors selling IoT devices that only work with their own software platform, leading to the generation of “islands of data”.

He continued: “However, the real power of data can only be unlocked with the customers’ ability to aggregate the data together to make insights that would not normally be seen. That is where the Newtrax Iot Hub comes in.”

Newtrax, which is run as an independent business unit within the division Rock Drills and Technologies in the business area Sandvik Mining and Rock Technology, says it is committed to having an open architecture and will continue to interface with other vendors in the mining digital ecosystem.

The Newtrax news comes only a day after Sandvik said it was opening up its own automation platform for underground loaders and trucks to the wider mining industry through its AutoMine Access API system.