Strandline, Woodside and EDL to work on ‘world-first’ power project for Coburn 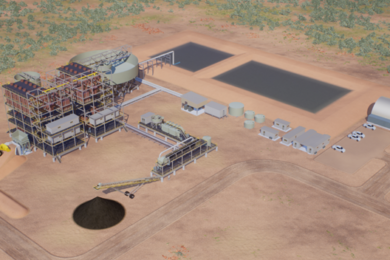 Strandline Resources has selected Woodside and EDL to provide a fully integrated energy solution for its Coburn mineral sands project, in Western Australia.

The parties have signed a non-binding proposal for the development of a 27 MW integrated trucked LNG, storage and power station facility, comprising gas and diesel back-up generators combined with state-of-the-art solar and battery technology, it said.

The Woodside and EDL joint venture (WEJV) was formed to provide clean, reliable and affordable LNG to market, according to Strandline.

It is expected that contract documentation, in the form of a 15-year power purchase agreement, will be finalised over the coming months in readiness for the commencement of construction, Strandline said.

The WEJV solution provides Strandline with a long-term safe, reliable and highly efficient energy solution for Coburn, according to the developer.

EDL was recently involved in the start up of phase one of a hybrid power project at Gold Fields’ Agnew gold mine, also in Western Australia (pictured).

The company recently completed a definitive feasibility study on Coburn, which showed the project could generate a pre-tax net present value of A$551 million ($377 million) using a US$:A$ of 0.72, an 8% discount rate, and development capital of A$207 million for the heavy mineral concentrate produce case, with an additional A$50 million required for the final products case (including mineral separation plant infrastructure).