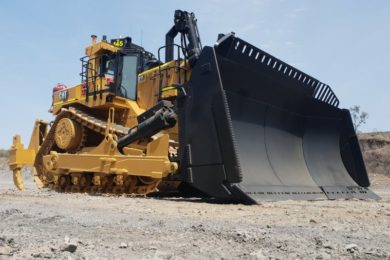 National Group secured the first of these dozers earlier this month from Cat dealer Hastings Deering as part of an order that would see six of these machines hauled by its National Heavy Haulage subsidiary, the company said.

While the specifics of this new dozer are not yet known, Cat did plan to launch an update to its D11 earlier this year. This would have seen the machine receive new load-sensing hydraulics and new drivetrain components among other additions.

BMA’s Blackwater coal mine, in Queensland’s Bowen Basin, produced close to 2.1 Mt of coal in the most recent September quarter, according to BHP.

In a Hastings Deering release in mid-December, National Group’s Managing Director, Mark Ackroyd, said: “The D11 is the industry’s best large dozer so it was a logical choice for us to bring in six new dozers to add to our expansive fleet.”

Along with load sensing hydraulics reducing fuel burn, the new D11 will extend out component life from fuel burn to overhaul, according to the company. Caterpillar has developed this machine to ensure faster cycle times to produce more dirt at a lower cost per tonne, National Group added.

Ackroyd said the contribution the dozers will add to production and efficiency will boost overall performance on site. “We expect to lower maintenance and repair costs by up to 5% thanks to a new case and frame design, improved bearings, redesigned pin joints, and a 30% larger oil pan.”

Jason Garea, Mining Account Manager at Hastings Deering, said: “There is a single frame now used between both the D11 standard dozer and the carry dozer applications. It’s a beefed-up frame that now does both.”

National Group has lined up all six dozers to be fitted with the new Reclamation blade, or XU Blade, which takes the dozer from a 34 cu.meter blade, to a 42.2 cu.m, according to Garea. “The best thing here is that it still handles like a U-Blade and can go into the same applications. They are far, far more productive which reduces the cost per tonne.”

The second D11 dozer is expected to be commissioned onsite at Blackwater in January.