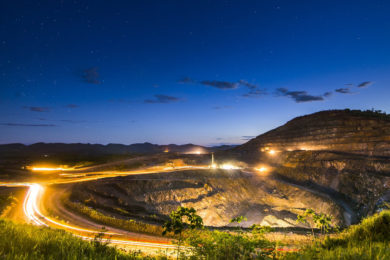 Atlantic Nickel and Appian Capital Advisory say the first sale of nickel concentrate from the Santa Rita nickel sulphide re-start project, in Brazil, has been made, some six months after blasting activities recommenced.

Since blasting restarted in July, Atlantic Nickel has safely achieved several operational milestones on or ahead of schedule, it said. Refurbishment of the plant is complete, and the ramp-up of commissioning activities has resulted in early production of nickel concentrate. The company has produced over 11,000 t to date and is set to deliver its first shipment in January of 2020.

Santa Rita is an open-pit nickel-copper-cobalt sulphide operation located in Bahia, Brazil. It is a fully permitted, restart-ready, past-producing nickel mine benefitting from $1 billion of prior investment from previous owners such as Mirabela Nickel. The mine, which was placed on care and maintenance in 2015 by Mirabela, has an estimated production capacity of 6.5 Mt/y.

On the back of strong commercial interest, Atlantic Nickel and Appian have looked to establish relationships with a diverse set of offtake partners and, in line with this strategy, Atlantic Nickel has entered into a three-year offtake contract for a portion of Santa Rita’s production and a $40.8 million financing arrangement with Trafigura.

The company said: “The deal provides the remaining funding required for the restart of the project and establishes a strong relationship with a best-in-class global commodities trading firm.”

Following the announcement of recent drilling results, an updated open-pit reserve statement is planned for completion in the March quarter and the company expects to undertake further drilling in 2020 to continue to grow and define the long life underground resource potential. Production is expected to reach nominal annualised capacity in 2020.

Paulo Castellari, CEO Atlantic Nickel & Appian Brazil, said: “Today’s announcement further de-risks the project and I remain confident in Santa Rita’s prospects as a low-cost, long-life mine that is well positioned to benefit from the growth in electric vehicles to generate strong investor returns.”