Superior’s Prime Mine Duty Pulley to be unveiled at CONEXPO 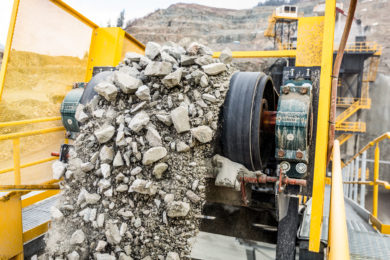 Superior Industries is to debut a new conveyor drum pulley at the upcoming CONEXPO-CON/AGG 2020 show in Las Vegas, it has confirmed.

One of a dozen new products the company will introduce during the trade show on March 10-14, the Prime™ Mine Duty Pulley is a drum-style conveyor pulley manufactured in diameters from 4 in (10 cm) to 30 in (76 cm) and face widths of 12 in to 78 in.

It is designed and built with a solid steel end disc, which eliminates welding at the hub of the pulley, according to Superior, which said the applications include aggregate and mine duty conveyors using fabric belts that frequently start and stop under full loads.

Alan Schmidgall, a Vice President with Superior, said: “Our Prime Mine Duty Pulley has many of the same design characteristics of Mine Duty 2.0 and Super Duty drum pulleys, but its optimised design yields a lower weight. That means we can offer a more economically friendly option and include many of the features our customers said they require.”

The Prime Mine Duty Pulley is one of four standard, pre-engineered conveyor pulley models available from Superior. Other designs include CEMA, Mine Duty 2.0 and Super Duty. Superior also offers custom-engineered pulleys from its Core Systems® Design team.