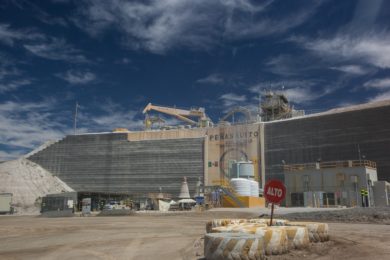 Newmont has decided to transfer Jim Cooper, General Manager of the Boddington mine in Australia, to lead the Peñasquito mine, in Mexico, in order to optimise the asset.

Cooper will assume leadership of Peñasquito in the March quarter and report to Dan Janney, Newmont’s Regional Senior Vice President for North America.

Peñasquito is one of several assets where the company intends to deliver cost and productivity improvements over the next few years, with Newmont seeing potential for debottlenecking the mill feed and lowering mining costs.

Jen Bennett, currently serving as Vice President of Operations for Newmont’s South America region, will succeed Jim to lead Boddington and build on the operation’s success through a continued focus on safe, efficient production, and project delivery, the company said.

Peñasquito’s current General Manager, Brian Berney, will focus on government and community engagement in Mexico while supporting an effective transition with Cooper.

In October, Peñasquito’s production was halted for close to two weeks following an illegal blockade. This followed another illegal blockade, earlier that year, involving trucking contractors.