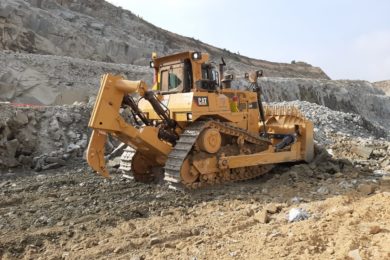 Capital Drilling says it has commissioned new equipment to supplement Allied Gold’s existing mining fleet at the Bonikro gold mine, in Côte d’Ivoire, with the two companies currently in the process of implementing an interim mine plan at the operation.

The London-listed company was awarded the mining services contract – the company’s first – back in October 2019.

In Capital Drilling’s December quarter review, it said it had further established personnel and equipment to support the contract over this period and, in December, had commissioned three dozers (Cat D9Rs), one grader and one excavator, together with four production rigs (blast hole and grade control) at the operation.

It said 2020 contract revenues, while being subject to finalisation, were now expected to be around $15 million across the range of site services at Bonikro, compared with the $25-$30 million previously outlined.

The interim mine plan at Bonikro was scheduled to last until December 2020, but a long-term mine plan is expected to be completed in the September quarter, it said. This would allow the company to transition to a “Schedule of Rates contract”.

Bonikro commenced production in 2008 and was previously operated by Newcrest, prior to the sale of its majority interest to a consortium of F&M Gold Resources and the Africa Finance Corp, in December 2017, and the recent acquisition by Allied. It has historically produced over 1 Moz of gold.

The company’s fleet utilisation also rose over the quarter to 59%, compared with 52% in the previous quarter. This is the equal highest utilisation level in four years for the group, driven by new contract start-ups, with most of the new work commencing in West Africa, it said.

Capital expected to spend $20 million on capex in 2020. This follows the addition of eight new rigs and mining equipment in 2019, of which four rigs are due for commissioning this quarter.