Centerra Gold’s Öksüt mine comes to life with first pour 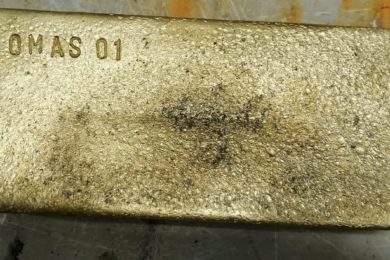 Centerra Gold has achieved the first gold pour from its Öksüt mine, in Turkey, on schedule and ahead of budget.

Scott Perry, President and Chief Executive Officer of Centerra, said: “This is an important milestone for the project and for the growth of the company as Öksüt is now our third operating mine and our third source of gold production going forward. Reaching the first gold pour is a testament to the dedication and hard work that our Öksüt team has put in to reach this goal safely.”

He added: “This milestone would not have been achieved without the initial conviction and perseverance from the Centerra exploration team given that the Öksüt mine, originally started as a greenfield exploration venture in 2009.”

Öksüt was planned as a conventional truck and shovel open-pit heap leach mining operation with a stacking rate of 11,000 t/d. The initial eight-year mine life was expected to process around 1.2 million contained ounces of gold from two open pits, the Keltepe pit and the smaller Güneytepe pit.