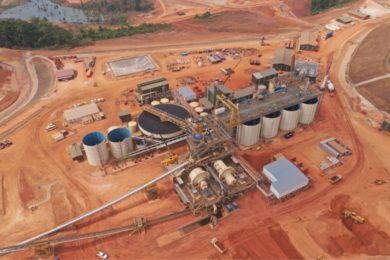 The self-contained Carbon Scout device collects slurry samples from carbon-in-pulp (CIP) and carbon-in-leach (CIL) tanks to determine the distribution of the activated carbon in the pulp for each tank, to an accuracy of ± 0.5 grams of carbon per litre of pulp, according to Gekko.

Gekko, following a collaboration agreement signed with Curtin University for the development and commercialisation of a cutting-edge carbon management technology, went commercial with the technology in 2017. At that point, the company said the product promised to quickly become critical for gold process plant optimisation and for minimising soluble gold losses on tails.

By advancing the accuracy, regularity and consistency of sampling, the self-contained, ground-level unit will improve measurements in CIL and CIP circuits, Gekko said, adding that the Carbon Scout will also greatly improve the safety of operations by reducing operator exposure to cyanide and other hazards.

As recently as November, Endeavour announced it had completed a planned CIL plant expansion at Ity, upping capacity from 4 Mt/y to 5 Mt/y. This followed the commissioning of the 4 Mt/y plant in April 2019.