Metso breaks records as it looks forward to more growth 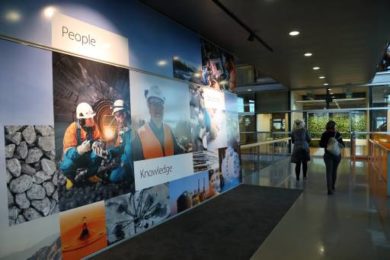 It was a record year in terms of profitability for Metso in 2019; a year that saw the minerals processing company make several strategic decisions to fundamentally change its group structure.

Metso President and CEO, Pekka Vauramo, said 2019 was in many ways historical and transformational for the company.

“It also marked a record in our financial performance, as our sales increased in both segments and our profitability was higher than ever in the company’s history,” he said.

The company also launched some major new products – including the Metso Truck Body and the VPX filter – in addition to publishing the Metso Climate Program, which aims for notable reductions in emissions.

The year will be remembered for two major strategic decisions from Metso.

“The second and truly transformative step was the decision related to the partial demerger of Metso, after which Metso’s Minerals business will be combined with Outotec to create Metso Outotec, a unique company in the minerals, metals and aggregates industries,” Vauramo said.

At the same time as this, the company took the decision to allow its valves business to continue as an independent listed company named Neles.

Vauramo said: “We are confident that, as a result of this transaction, both companies will be well-positioned to grow and create value for our customers and other stakeholders.”

Shareholders of both Metso and Outotec approved the transaction in October at respective meetings and internal preparations have proceeded according to plan, Vauramo said.

The completion of the transaction still requires approvals from the competition authorities in various markets, but according to the company’s estimate, closing should take place on June 30, 2020.