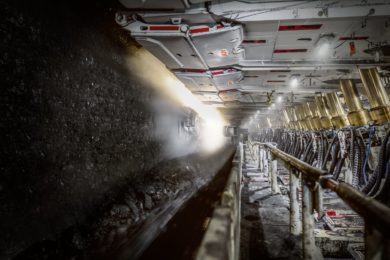 Warrior Met Coal, Inc says it is commencing development of its Blue Creek reserves into a new, world-class longwall mine located in Alabama near its existing mines. “Once completed, this transformational growth investment will reinforce Warrior’s position as the premier US pure-play producer of premium metallurgical coal products that are sought by customers throughout the global steel industry. Met coal, unlike thermal coal, has unique physical properties and is used solely for the production of steel.”

Based on the company’s final feasibility studies, the projected net present value (NPV), at an assumed met coal price of $150 per metric ton, significantly increased over prior estimates primarily due to higher expected production volumes and lower estimated production costs. Based on current market pricing of approximately $150 per metric ton, the projected NPV is greater than $1 billion over the life of the mine with a projected after-tax internal rate of return (IRR) of nearly 30% and an expected payback of approximately two years from initial longwall production.

“We are extremely excited about our organic growth project that will transform Warrior and allow us to build upon our proven track record of creating value for stockholders. Blue Creek is truly a world-class asset and our commitment to this new initiative demonstrates our continued highly focused business strategy as a premium pure-play met coal producer,” said Walt Scheller, CEO of Warrior.

The Blue Creek development will be a single longwall mine and is expected to have the capacity to produce an average of 4.3 million short tons per annum of premium High-Vol A met coal over the first ten years of production. It is one of the last remaining large-scale untapped premium High Vol A met coal mines in the US. Once fully developed, the Company expects Blue Creek to increase Warrior’s annual production capacity by 54% and expand its product portfolio to its global customers, offering three premium hard coking coals that are expected to achieve the highest premium met coal prices in the seaborne markets. Warrior controls approximately 114 million short tons of recoverable reserves at Blue Creek and has the ability to acquire adjacent reserves that would increase total recoverable reserves at the mine to over 170 million short tons. Blue Creek is expected to have a mine life of approximately 50 years assuming a single longwall operation.

The company’s third-party reserve report indicates that Blue Creek would produce a premium High Vol A metallurgical coal that is characterised by low-sulphur and high coke strength after reaction (CSR). High Vol A has traditionally priced at a discount to the Australian Premium and US Low Vol coals; however, in the last 18 months, it has been priced at or slightly above these coals. Warrior expects High Vol A coals will continue to become increasingly scarce as a result of Central Appalachian producers mining thinner and deeper reserves, which is expected to continue to support prices. Warrior believes this creates an opportunity for Blue Creek to take advantage of favourable pricing dynamics driven by the declining supply of premium High Vol A coals.

Blue Creek’s estimated production cost per short ton is expected to be in the first quartile of the US and global seaborne hard coking coal cost curve and to be approximately 25 to 30% lower than Warrior’s existing mines today. The company believes the combination of a low production cost and the high quality of the High Vol A product, at the expected price realisations, will generate some of the highest met coal margins in the US, generate strong investment returns and achieve a rapid payback across a range of met coal price environments.

Warrior expects to invest approximately $550 to $600 million over the next five years to develop Blue Creek with expected spending in 2020 of approximately $25 million to begin the project. Based on the current schedule, Warrior expects first development tons from continuous miner units to occur in the third quarter of 2023 with the longwall scheduled to start up in the second quarter of 2025. Warrior’s strong cash flow generation and current available liquidity, as well as the ability to finance $110-$120 million of capital expenditures through equipment leases, allows the company to be opportunistic as it evaluates funding options for Blue Creek.