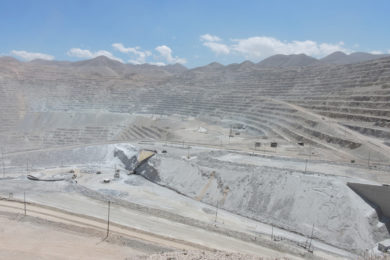 ABB’s Leandro Bonvicini is urging mining companies to think outside of the capital expenditure box and conduct numerous tradeoff studies when deciding on their grinding circuit of choice.

Speaking about the Toquepala copper expansion project in Peru (pictured), specifically, in a talk titled, ‘SPCC Toquepala Expansion: Designing a reliable grinding circuit’, at the SME MineXchange Annual Conference & Expo, in Phoenix, Arizona, Bonvicini said the mine owner, Southern Peru Copper, was keen to employ a solution that was not only affordable from a capital cost perspective, but also energy efficient and came with low operating costs.

The $1.2 billion expansion, which saw throughput rise from 60,000 t/d to 120,000 t/d, involved the addition of two new thyssenkrupp-made ball mills, with ABB providing the gearless mill drives (GMD) technology. This came on top of the 33 mills the miner already had up and running as part of the existing 60,000 t/d plant at the operation.

GMDs are the grinding solution of choice in challenging environments, according to ABB. By eliminating bolt-on mechanical components such as ring-gears, pinions, couplings and gearboxes, GMDs offer ore producers unrivalled availability, efficiency and durability, while reducing operating expenditure, the company says.

Unlike more traditional ring-geared mill drives – where a ring-shaped gear encircles the mill and drives it through one or two pinions followed by conventional motors – GMDs work by mounting rotor poles directly to the mill body and surrounding it with the stator ring, meaning the mill itself is incorporated into the motor.

The necessary torque to turn the mill is transmitted between the GMD motor and the mill via the magnetic field in the tiny air gap between the stator and rotor. Because this type of motor system requires no gearing or direct contact transmission, GMDs boost efficiency by reducing frictional losses, while fewer mechanical critical components means less maintenance downtime is required due to wear and tear, according to ABB.

Bonvicini said SPCC weighed up numerous drive options during the due diligence phase but settled on GMDs even though the mill power required was as low as 11 MW. He said this was one of the lower power installations the ABB GMD team had employed, but the operating economics stacked up.

The project team was focused on choosing a solution that, even if it cost slightly more to install, would provide the lowest operating costs over the life of the mine, according to Bonvicini. This convinced the company to employ GMDs for the very first time in its grinding circuits.

In addition to the GMDs on the ball mills, ABB supplied two 2.65 MW motors for the high pressure grinding rolls working at the operation, according to Bonvicini. 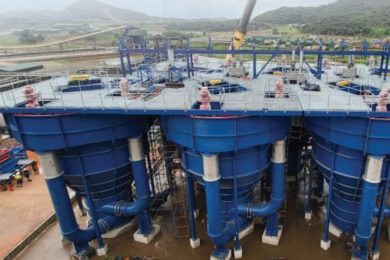 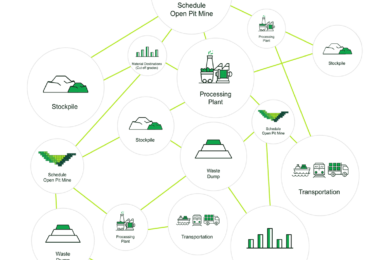